Sale of vaping products to be banned to those under 18 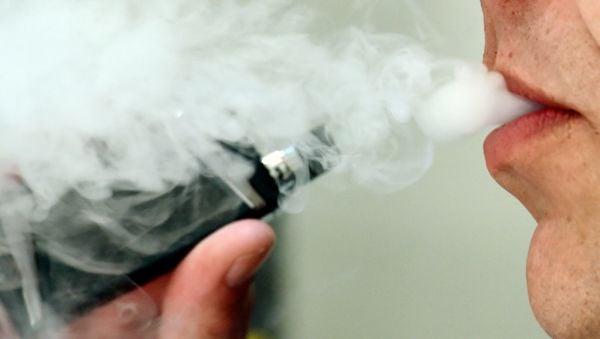 A ban on the sale of e-cigarettes to under-18s has been approved by the Government.

Cabinet ministers have also agreed to prohibit the sale of vaping products from self-service vending machines as part of a raft of new regulations on the sale and advertising of nicotine inhaling products.

Minister for Health Stephen Donnelly said the measures were designed to protect children and young people from starting to vape.

Under the new proposals, approved by Cabinet ministers on Tuesday, the sale of e-cigarettes will also be prohibited from temporary or mobile premises and at places or events for children.

Advertisements for e-cigarettes will also be banned on public transport, in cinemas and near schools.

The proposals will be incorporated into the Public Health (Tobacco and Nicotine Inhaling Products) Bill which is being drafted.

It is expected to be finalised and published by the end of the year.

Mr Donnelly said: “We recognise that nicotine is a highly addictive drug, and we are acting today to make these products less accessible to our young people and to remove the advertising for these products from our children’s everyday lives.”

Junior minister Frank Feighan, who has responsibility for public health, said e-cigarettes are of “no benefit” to children and young people.

“Tobacco smoking continues to kill approximately 4,500 people in our country each year,” he said.

“We recognise that nicotine inhaling products are used by some adult smokers to assist them to quit tobacco smoking.

“However, we are clear that these products are of no benefit to our children and young people or to non-smokers and that is why we are taking this action today.”

The legislation will be designed to regulate any product that can be used for the consumption of nicotine-containing vapour or any component of that product.

Varadkar to seek advice from Health chief about rise in deaths