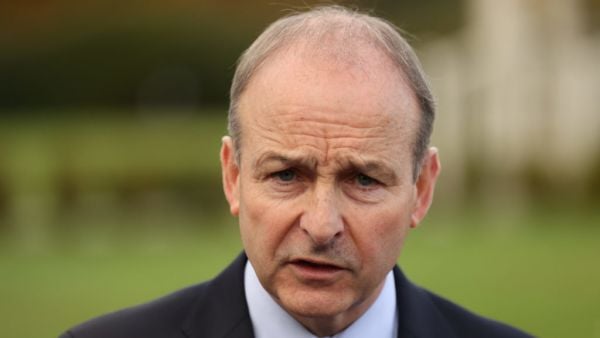 Taoiseach Micheál Martin said it is contrary to medical ethics for clinicians to refuse to treat women based on their association with the 221+ advocate group.

Mr Martin said it is “shocking” if women associated with the group advocating for those affected by the CervicalCheck controversy are denied healthcare.

It emerged that a number of women have been questioned on whether they were a member of the group before considering treating them.

One woman described being “treated like a leper” after she was questioned by a clinician about any association with the 221+ group.

The 221+ advocacy group was set up in July 2018 by Stephen Teap, Lorraine Walsh and the late Vicky Phelan.

The revelations emerged when Dr Gabriel Scally published his report on the implementation of recommendations from his 2018 scoping inquiry into the CervicalCheck screening programme.

Dr Scally said some women associated with the group were made to feel like “second class citizens”.

Asked about the issue on Thursday, Mr Martin said: “That would be contrary to medical ethics in the first instance.

“That would be a very, very serious issue in terms of any person being denied health care, for any reason, particularly for the being part of the 221+ group, who did a lot in terms of progressive reform of the Cervical Check screening program, and broader issues.

“I think that needs to be followed through. I’m not sure whether any complaints formerly have been made to the Medical Council in respect of that, but that goes to the very heart of the conduct of medicine, and would be a shocking situation if that is indeed the case.”

In his report, Dr Scally said he was “disappointed” that the 221+ organisation and relatives concerned with CervicalCheck is still not involved in discussions and decisions around the programme.

“Indeed, I am told that they are often made to feel like ‘second-class citizens’.

“Worse than that, I have heard directly from women whose clinicians have questioned them about any association with 221+ before the clinician will consider treating them.

“In the words of one woman, ‘I’ve been treated like a leper’.”

Ms Walsh said some people involved in the group had found it difficult to find clinicians to treat them.

“In some cases their consultants will not see them any more,” Ms Walsh said.

“In other cases, they call up the consultant’s office and they’re asked are they a member of 221, and if they are, they’re told that unfortunately they don’t have any space to take them on.

“It’s very sad because a lot of these women need continued care and are dependent on their clinicians to ensure their health for the future.”