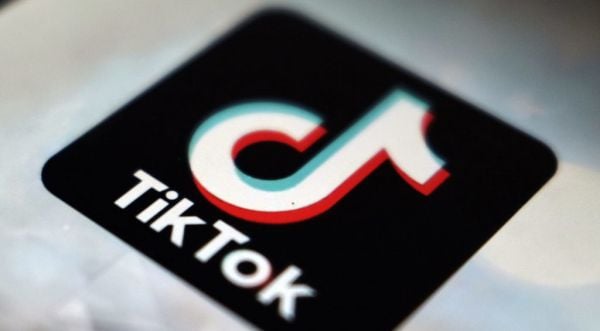 The Irish Data Protection Commission (DPC) has indicated “a preliminary range of fines” to be imposed on the Irish arm of TikTok, concerning its investigation into how the social media giant processes children’s data.

The findings of a draft decision by the DPC to impose the range of fines is disclosed in new accounts for TikTok Technology Ltd which show that pre-tax profits at the Dublin based company last year increased 18-fold to $18 million (€17.85 million) as the business ramped up its operations here.

The Dublin-based business provides services related to content moderation, data controlling of TikTok in Europe, sales and marketing, and routine support to other TikTok entities.

In September of this year, the Data Protection Commission submitted a draft decision arising from a large-scale inquiry into TikTok Technology Ltd to other ‘Supervisory Authorities’ across the EU.

The inquiry commenced in September 2021 and it examined certain processing of the personal data of children by TikTok and age verification practices between July 29th and December 31st 2020.

Referring to the draft decision issued by the DPC, a note attached to the accounts concerning ‘contingent liabilities’ states that the DPC has “indicated a preliminary range of fines”.

The note states that “this decision is currently being considered by the other EU data protection regulators under the GDPR Article 60 process”.

The note states: “In light of the draft decision, it is probable that potential losses related to this investigation may be incurred and may be challenged or appealed by the company.

“However, the timing and the amount of the settlement outflow are still subject to uncertainties. It is impracticable for the company to estimate the potential financial impact, so no provision has been made.”

The note refers to other regulator investigations and adds that “the provisions for fines arising on any of the above matters will be remunerated by the company’s parent under an intercompany service agreement, if any”.

Fines in this area can be substantial — in September, the DPC fined the owner of Instagram, Meta Platforms Ireland, €405m arising from an inquiry concerning the processing of personal data relating to child users of Instagram.

The TikTok accounts show that last year numbers employed by the business increased more than four-fold rising from 410 to 1,753. This resulted in staff costs increasing from $29.13 million to $128.7 million.

The business has plans for further expansion here with the directors stating that in 2023, “the company expects to establish its European data centre operations in Ireland to store EEA & UK TikTok user data”.

Further consolidating its presence in Dublin, the directors state that during the year, the company entered into a long-term lease agreement for office space in Dublin’s docklands for additional office space.

They state that the principal rent for the office is around $18 million per year and the company plans to move in 2023.

The Dublin firm generates all of its revenues from the UK. The directors state that “the company has performed in line with expectations”.

On the risks and uncertainties facing the company, the directors state that “privacy and security concerns related to TikTok platform could damage the business’s reputation and deter current and potential users for using the application”.

They state: “Protecting the privacy and safety of TikTok’s users, and in particular younger users, is a top priority”.

Accumulated profits at the company at the end of last year totalled $16.23 million and cash funds totalled $12.22 million.