Ukrainian refugees arriving in Ireland asked to leave pets behind 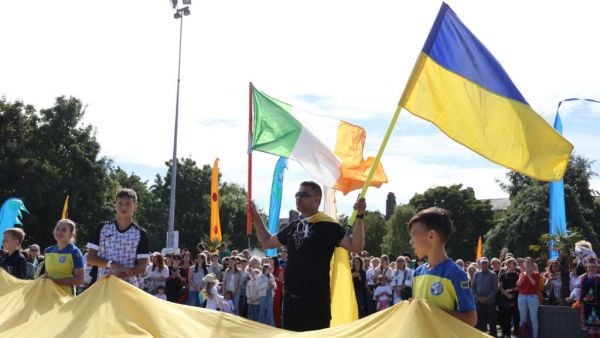 Ukrainian refugees fleeing to Ireland are being asked to leave their pets behind as the accommodation crisis sharpens this winter.

It is understood that the Department of Integration has liaised with the Ukrainian ambassador to advise people fleeing Russia’s invasion of Ukraine not to bring their cats and dogs with them, as the Irish State cannot guarantee them accommodation.

Ukrainians arriving in Ireland with pets are being asked to find alternative accommodation for them, such as with charities like the ISPCA.

Ukrainian refugees are also being asked not to acquire pets when they arrive in Ireland, with the Department of Integration considering charging people a contribution fee if they do want their pets to be housed.

It comes as the Irish government grapples with a housing crisis that has been going on for years, but has been exacerbated by the war in Ukraine and a surge in other international protection applicants.

A steady stream of Ukrainians have been arriving in Ireland since the invasion began in late February, with 72,000 Ukrainian refugees expected in Ireland by the end of the year.

Around 75 per cent of Ukrainian refugees arriving into the country require accommodation from the State, with 7,000 refugees expected between now and the end of the year.

Added to that are the 13,000 asylum seekers who have arrived in Ireland, and 17,500 people being accommodated in the State’s international protection accommodation.

The Irish government – in a bid to tackle the housing crisis – has relied heavily on hotels to house international protection applicants.

It is understood that two hotel contracts have given notices to quit, meaning that as of January over 1,000 people will need to be housed elsewhere.

In relation to reports that hotels have not been paid for housing asylum seekers, it is understood there was a backlog of payments due to the demand, and with hundreds of new accommodation providers joining the system.

The Government’s plan to tackle its severe housing shortage includes a pilot project to construct 500 modular homes for various sites across the country.

Sites in counties Cork, Cavan, Mayo, Sligo and Tipperary have been chosen for the modular units, with local authorities and the Office of Public Works asked to suggest other sites for use.

Construction of modular homes has begun on the 64 units for a site in Mahon, Co Cork, which is expected to be completed by the end of February.

It takes 10 weeks to construct a unit, with further time needed to prepare a site for the units.

The homes, which can house four people each, will be placed in pairs – with streets, water, waste, roads and pedestrian routes built around the grade-A2 energy units.

Two units can be combined by removing a soft-point link in the centre if required.

Another element of the Government’s plan is the revamping of its pledged accommodation appeal, after it asked Irish citizens to offer vacant homes for Ukrainian families for six months.

Instead of pledging accommodation at a national level, offers of homes will be delegated to local authorities, who are understood to be aiming to respond to offers within 35 working days.

It is hoped this more localised approach will speed up the process. The department is also understood to be looking at a community car initiative, which aims to bring more rural homes into use through better access to existing public transport.