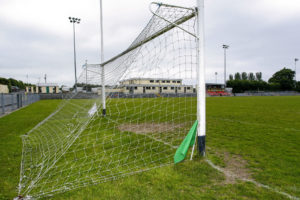 St. Dominic’s Connacht club final against Dunmore MacHales will now be played in Kiltoom next Saturday as St. Ronan’s are playing in Dr. Hyde Park at the same time.

The Connacht Council has confirmed that St. Dominic’s and St. Ronan’s, who are involved in next weekend’s provincial club football finals, will be playing on the same day at the same time in two different venues in County Roscommon.

St. Ronan’s will play Clifden in the Connacht club junior football final in Dr. Hyde Park on Saturday next at 1.30 p.m..

At the same time up the road in Kiltoom, St. Dominic’s will lock horns with Dunmore MacHales in the Connacht club intermediate football final.

For those supporters wishing to attend both games, they will now have a choice to make.

Locally, it had been hoped that the St. Dominic’s game would have been played on Sunday next, given that Dr. Hyde Park would be available and to give Tomás Gilleran’s side an extra day to recover from their semi-final victory against Aughnasheelin last Saturday (yesterday).

St. Dominic’s original semi-final fixture against the Leitrim champions a week earlier was postponed when both Avant Money Páirc Seán MacDiaramada and Cloone were unplayable.

Both next Saturday’s games will be streamed live by Connacht GAA.