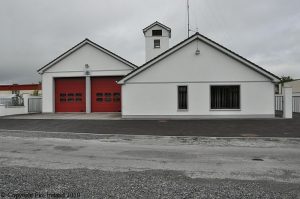 The closed fire station at Castlerea was raised in the Dáil in recent days.

During a discussion on recruiting retained firefighters, which TDs heard was at crisis level, Deputy Michael Fitzmaurice asked the Minister of State at the Department of Local Government Peter Burke to look into the matter.

“It is a fair-sized town and we have even seen problems there since the fire service went,” the independent TD said. “I hope that can be addressed.”

He added retained firefighters were essential in rural Ireland.

“It is another issue that is hitting us in rural Ireland. I refer the likes of Mountbellew, Roscommon, Elphin, Strokestown, Ballaghaderreen and Ballyhaunis. They could have to get two fire brigades because one may not be big enough to handle something.”

The fire station was closed in January 2017.