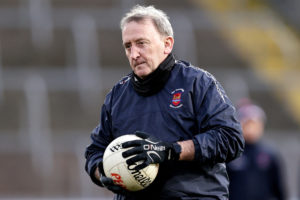 Pádraig Pearses are on the lookout for a new senior football manager in the aftermath of Pat Flanagan’s departure.

The Offaly native, who was in the running for the Roscommon job a few weeks ago, guided Pearses to two county senior football championship titles in 2019 and 2021, alongside a historic Connacht club senior football crown last January. The club also won a senior league title (O’Rourke Cup) during his tenure.

It is understood that Flanagan informed the club last week that he wouldn’t be seeking a sixth year at the helm.

There are also managerial vacancies in Clann na nGael, St. Faithleach’s, Elphin and Oran following the departures of Emmet Durney, Wally Burke, Basil Mannion and Billy Donnellan in recent weeks, meaning that five of the teams that competed in this year’s senior football championship are searching for new bosses.