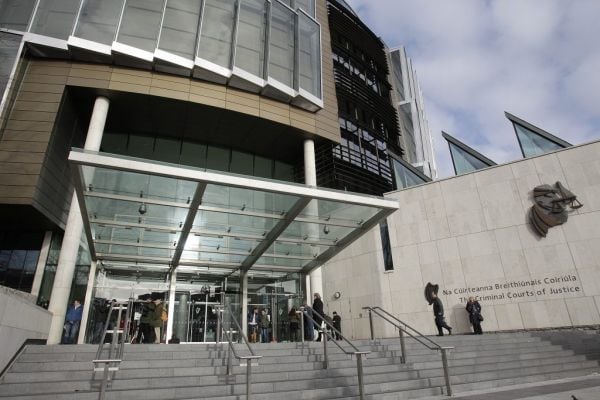 An armed robber who held knives to the neck of victims during a crime spree has been jailed for seven years.

Mark Rooney (49) of Premier Sq, Finglas, Dublin was armed with a meat cleaver when he went into a chip shop in Finglas on the evening of November 18th, 2019 and shouted at staff demanding money.

On January 19th, 2021 Rooney went into a Burger King in Clearwater, Finglas armed with a small knife. He jumped over the counter and held the knife to the neck of the young man working there.

Dublin Circuit Criminal Court heard that the victim was very scared and felt the raider pressing the knife to his neck and asking him to open the till.

The victim said he didn’t have the keys to do that and Rooney pushed the man face down to the ground and the victim felt something sharp on his back. Rooney managed to get the till loose and ran away with it.

A short time later two local youths came back with the till. Rooney had left his mobile phone behind and gardaí recognised him from a photograph on the screen of the phone. The court heard Rooney had recently called gardaí to report a burglary to his home.

Gardaí arrested Rooney and admitted his role in the raid and said he was sorry for scaring the victim. He was released on bail pending prosecution and was on bail six months later when he tried to rob a pharmacy in the city centre.

On July 13th, 2021 Rooney entered Lloyds pharmacy on Parnell St and held a knife to the throat of a security guard. He demanded money, but the guard grabbed the knife handle and managed to get Rooney out of the shop.

Judge Orla Crowe said the guard had acted with absolute bravery in fending off the armed raider. Gardai spotted Rooney a short time later in the city centre but was deemed medically unfit for interview.

The next day, he was questioned and told gardaí he had taken 20 Xanax tablets. The court heard the father of three has ten previous convictions for robbery and 13 for drug offences, but there was a gap in his offending from 2012 to the time of these offences.

Judge Crowe imposed a total sentence of eight years with the final year suspended for four years on condition he engage with the Probation Service drug addiction service.