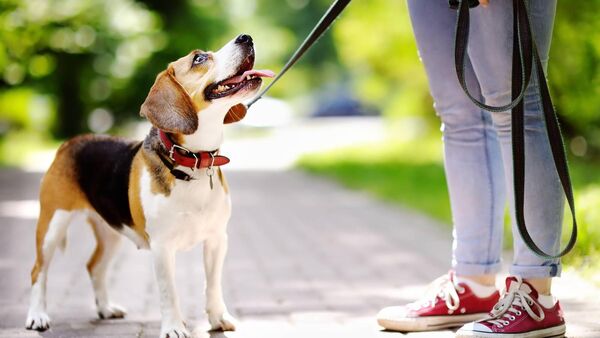 The top choices in puppy names have been revealed in a survey involving over 1700 puppies.

The survey was carried out by Irish-owned pet retailer and grooming studios, Petmania, who have just completed their annual analysis of the names of all the entries submitted to their hugely popular Puppy of the Year competition.

Having come out as top-dog last year, Luna once again remained the country’s go-to puppy name for a second year in a row, followed closely at #2 by the ever-popular Bailey.

Somewhat traditional sounding Teddy snagged spot #3, while Bella dropped down one place in the rankings from #3 to #4. Cooper dropped from fourth place to eight in the space of just twelve months, as newcomers Buddy, Lola, and Coco joined the ranks.

Irish language names have seen an upward surge in the past year, with many pet owners opting for names as gaeilge for their precious pooches; on the long list this year but ultimately failing to make the Top Ten were Púca, Síog, Céilí, Nollaig, Misneach, and Bán.

Many pups across the country have stars in their eyes, with celebrity names like Lady Diana, Stevie Nicks and Gerry Springer appearing on the long-list.

One outlier pup, the namesake of Colombian Narco–Overlord, Pablo Escobar, showed up on this year’s survey.

Fantasy TV show and movie characters also provided plenty of inspiration, as Arya (Game of Thrones), Padmé and Obi (Star Wars), Dobby (Harry Potter) and Wanda (Marvel) are the namesakes of many four-legged friends around the country.

Sahara, Rio, Aruba, and Malibu prove that the weather outside doesn’t stop us (and our pups) from having a sunny state of mind, with all four names also appearing on the long list.

Emily Miller of Petmania said: “Our nation’s favourite puppy names always offer us a fascinating insight into what we’re really loving in any given year. In the past few years, many pups have taken their names from the stars of the silver and small screen, mythology, and even fashion brands – and there’s always a wildcard or two in the mix! We’ll be waiting with bated breath next year to see if Luna and Bailey can make it a three-in-a-row, or whether another name will swipe the two top-spots.”

Below is the list of the top-ten names for puppies up and down the country.