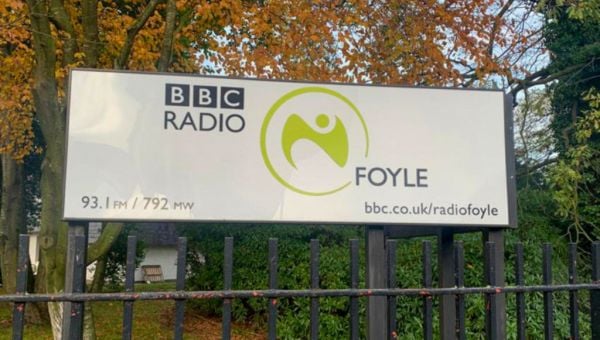 Cuts to programming and staffing levels at BBC Radio Foyle will leave the station “totally unsustainable”, the UK prime minister has been told.

Foyle MP Colum Eastwood accused the BBC of being in breach of its charter after it announced plans this week to cut up to 40 jobs as part of a drive to save money and invest in online services.

Speaking in the Commons, Mr Eastwood said: “Yesterday BBC Northern Ireland announced cuts to programming and jobs at BBC Radio Foyle that in my view will leave the station totally unsustainable.

“The BBC Charter places an obligation on that organisation to allow audiences to fully engage on local issues.

“This decision, in my view, is a very clear breach of that obligation, leaving licence fee payers outside the greater Belfast area without local programming.

“I would be very happy to look at the specific issue he raises and bring it up with the BBC.”

The changes, announced by BBC Northern Ireland interim director Adam Smyth, will see the end of Radio Foyle’s Breakfast programme and the Inside Business programme on Radio Ulster.

The corporation said it was setting out its plans to “facilitate the enhancement of its digital video and online services and the savings that it will need to make over the coming period”.

It said that local investment in BBC iPlayer will be increased, but there will also be output and staffing reductions in news, audio and related areas.

Mr Smyth said: “These are challenging times and we face some difficult choices, none of which are easy.

“We have to find monies to maintain and develop our local presence on BBC iPlayer and to absorb cost pressures across different aspects of our work.

“Our concern in all of this will be to safeguard audience value and benefit and to remain mindful of the impact that this announcement will have on BBC staff in Northern Ireland.”

A protest against the proposed changes is taking place outside Radio Foyle studios in Londonderry.