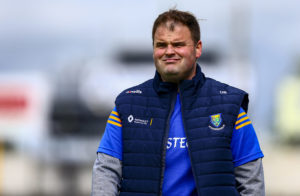 There has been plenty of Roscommon involvement in a historic evening for Maynooth University who won the Electric Ireland Higher Education Ryan Cup final (Senior Division One League) for the first time this evening.

Darragh Walsh from Oran scored Maynooth’s all-important goal just before half time during the 1-7 to 0-9 victory against pre-match favourites UCD. Walsh’s Oran team-mate Colin Walsh lined out in defence and produced an excellent display. Charlie Carthy, also from Oran, was part of the panel.

Daire Cregg (Boyle) and Ben O’Carroll (St. Brigid’s) started for UCD, while Cathal Feely from Boyle came off the bench and kicked a superb point. Ciarán Sugrue from St. Brigid’s was also part of the panel.

The game was deadlocked at 1-6 to 0-9 when Maynooth University midfielder Darragh Warnock kicked a dramatic winner deep into injury time.