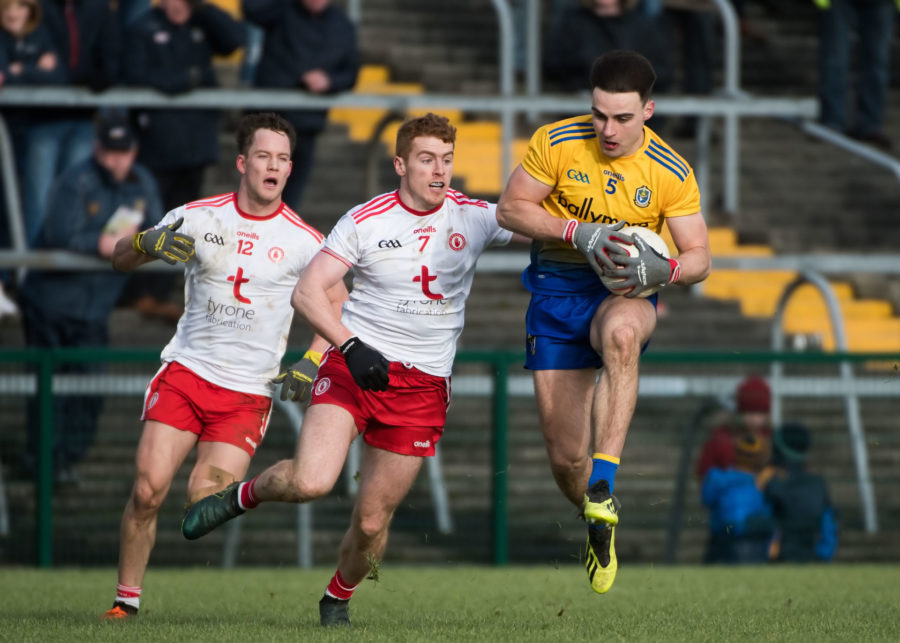 Action from the Allianz Football League Division 1 game between Roscommon and Tyrone at Dr. Hyde Park in February 2019.
©INPHO/Evan Logan

Tickets for the National Football and Hurling Leagues have gone on sale.

Adult tickets for Roscommon’s NFL Division 1 league campaign is €18 and €15 for students/OAPs – a price increase in both categories.

Ticket prices for Roscommon’s hurling games are both €5 for adults and €5 for students/OAPs.

Admission for juveniles (U16) is free into both football and hurling games and they do not require a ticket.

Roscommon senior footballers play Tyrone in the first round of the league on Sunday week, January 29th, at Hyde Park. Throw-in, 1.30 p.m..