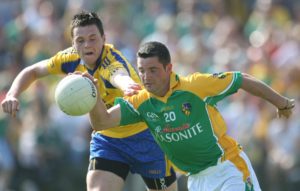 Two footballers from County Leitrim will be aiming to recreate former championship glories with a club in Roscommon this season.

Mohill duo, Ciarán Kennedy and Daniel Beck, have been unveiled as part of the St. Michael’s junior football team management for 2023.

Kennedy will manage the team, while Beck will be a selector alongside former St. Michael’s players Anthony Farry and Thomas Conlon.

Kennedy has been a mainstay on successful Mohill teams over the last number of years, while Beck is a former Leitrim senior footballer.

St. Michael’s last won the Roscommon Junior A Football Championship in 1993 and will have ambitions of marking the 30th anniversary of that triumph with a championship title.