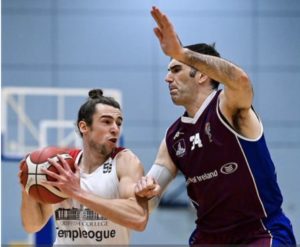 A Roscommon club footballer will swap the football field for the basketball court this evening as he aims to bring cup glory west of the Shannon for the first time in 27 years.

Éire Óg GAA Club took to social media to wish one of its own, Paul Freeman, every success with University of Galway Maree who contest tonight’s InsureMyHouse.ie Pat Duffy Cup final against DBS Éanna at the National Basketball Arena in Tallaght.

University of Galway Maree are contesting their first ever Pat Duffy Cup final, boasting an impressive average winning margin of 14 points in victories over Flexachem KCYMS, Belfast Star and Bright St. Vincent’s on their way to the final.