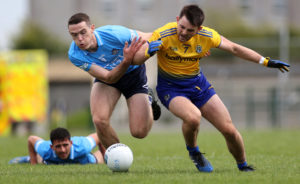 The Roscommon senior footballers have unveiled their captain and vice-captain for 2023.

Roscommon GAA confirmed this evening that Brian Stack from St. Brigid’s will captain the team for the upcoming season.

Stack burst onto the scene during the 2017 Connacht final when he scored Roscommon’s second goal against Galway during the team’s famous victory at Pearse Stadium. He has been a regular on the team since then, and has played in a number of different positions.

Tadhg O’Rourke from Tulsk will be the team’s vice-captain.

The midfielder has been a mainstay on the team at midfield over the last number of years but couldn’t commit last season because of work commitments.

However, he has rejoined the panel this season under new manager Davy Burke.

The Rossies begin their Division One League campaign against Tyrone at Dr. Hyde Park on Sunday next at 1.30 p.m.. 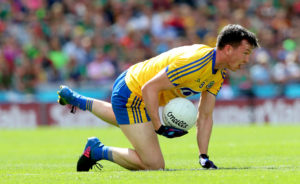 Tadhg O’Rourke will be this season’s vice-captain. Picture: INPHO/James Crombie