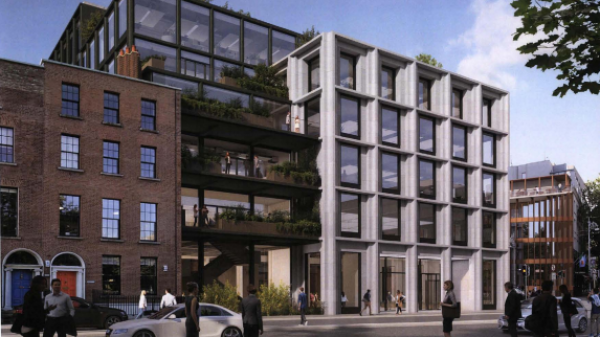 An Bord Pleanála has given the green light to US property giant Kennedy Wilson (KW) to construct a new office campus at St Stephen’s Green which will have capacity to accommodate 3,000 office workers.

The premises at Stokes Place on St Stephen’s Green South and Harcourt Street currently accommodates the Dublin HQ of KPMG. The new proposal involves the demolition of the existing office complex and the construction of an eight-storey office block.

Plans were first lodged for the scheme two years ago in January 2021 and in its decision to grant of permission in September 2021, despite local opposition, Dublin City Council ordered the omission of one of the floors due to concerns over visual impact.

KW Investments Funds ICAV has now been successful in its first party appeal against the council ordering the sixth floor removal.

In its decision, An Bord Pleanála has included the sixth floor after its inspector in the case, Stephen Ward, concluded that its removal would not be warranted and would not result in any significant reduction of visual impact or improvement of the proposed design. 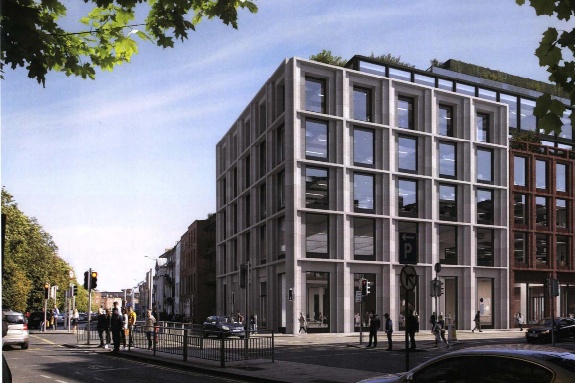 A mock-up image of the proposed development.

The appeals board granted planning permission after concluding that the proposed development would constitute an acceptable quantum of development in this accessible urban location, would not seriously injure the amenities of surrounding properties, or seriously detract from the character or built heritage of the area.

In its decision, the board had regard to policy directing new development in cities into built-up serviced areas, the pattern and character of development in the area and the design and scale of the proposed development.

Davy Target Investments, which owns the neighbouring protected structures at 97-100 St Stephen’s Green and 91 Harcourt Street, appealed against the council decision to grant planning permission for the scheme.

A management company for 18 owners of apartments of the adjacent Russell Court Apartments, Padamul Ltd and Olive English had also appealed the decision.

An Bord Pleanála has granted planning permission after Mr Ward concluded that the proposed height and scale of development is appropriate at this location and that, on balance, the impacts on surrounding properties are acceptable having regard to the need to achieve wider planning objectives.