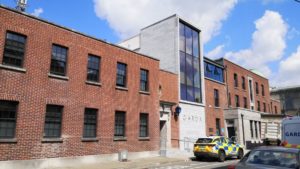 A Garda in Athlone was hospitalised following an assault yesterday.

Gardaí attended the scene of a public order incident at Athlone Bus Station shortly after 7 a.m. on Tuesday, January 24th.

During the course of an arrest, a member of An Garda Síochána was assaulted, sustaining hand and facial injuries. Three female youths, all in their teens, were arrested and brought to Athlone Garda Station.

They have since been released and a file is being prepared for the Garda National Juvenile Office and the Office of the Director of Public Prosecutions.

The injured member of An Garda Síochána attended Portiuncula University Hospital in Ballinasloe for treatment of her injuries and has since been discharged.

Tubridy takes in local sights ahead of radio show