Cregg bang on form for UCD once more 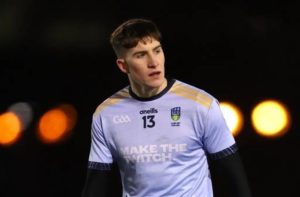 Roscommon and Boyle senior footballer Daire Cregg was in scintillating form for UCD once again this evening as the Dublin university knocked Ulster University out of the Sigerson Cup.

Cregg hit 2-2, while Monghan forward David Gartland also starred with a whopping 3-3 as UCD prevailed by 7-8 to 3-10.

Watch one of Cregg’s goals by clicking the Twitter link below.

Daire Cregg puts UCD back in front with a superb finish! @UlsterUniGAA 1-04 @UCDGAA 2-02