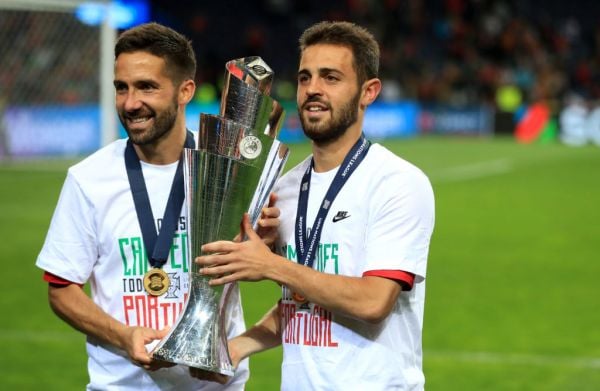 UEFA will introduce a quarter-final stage and promotion/relegation play-offs to the men’s Nations League from 2024, with future World Cup and Euro qualifying groups to be capped at no more than five teams each.

The top two in each of the four groups in League A of the Nations League will now progress to a two-leg quarter-final stage, with games to be played in the March international window in non-tournament years, under changes approved by UEFA’s executive committee on Wednesday.

⚽ It means more compelling UEFA #NationsLeague and European Qualifiers to boost excitement without increasing the number of matches.

The League A semi-finals and final will continue to be single-leg ties played in June in non-tournament years as they are now.

The first Nations League using this format will begin in September next year and run through to the finals in June 2025.

UEFA confirmed its intention to stick with a 24-team format for the 2028 Euros, which the UK and Ireland are bidding to host.

There will be no more six-team qualifying groups for Euros or World Cups from 2024, with groups now featuring a maximum of five teams.

In the scenario of a single host nation, 12 group winners and six best runners-up from six groups of five and six groups of four would qualify automatically, with the other six group runners-up playing off against the best-performing Nations League sides which have not already qualified.

In the event of the UK-Ireland bid succeeding, UEFA has already stated that the automatic qualification of any more than two of the host nations cannot be guaranteed.

Teams will continue to be seeded and placed in five pots.

Giorgio Marchetti, UEFA deputy general secretary and competitions director, says the intention of the measures is to make for more “compelling and attractive” international fixtures.

He said the new formats would have no impact on either of the two new initiatives announced by Fifa president Gianni Infantino last month – for a 32-team Club World Cup in 2025 and for a Fifa World Series event featuring national teams, to be played in the March window in even years.

However, players at clubs competing in the Club World Cup whose countries are also involved in the Nations League final four would face a busy summer in 2025.

UEFA’s executive committee has also agreed to switch the 2023 Super Cup from Kazan in Russia to Athens.